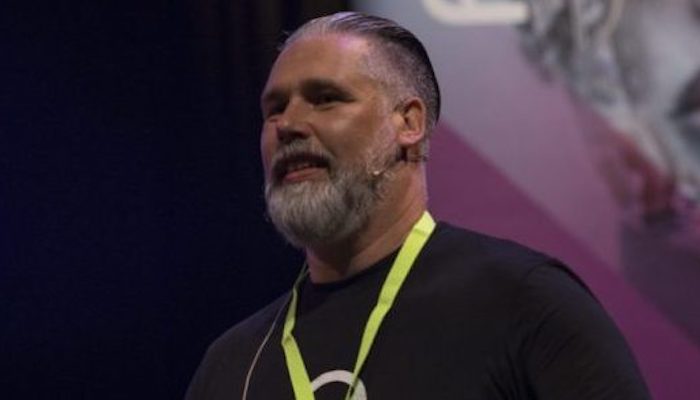 Edwin van Andel is now Zerocopter’s new CEO. He has taken over founder Junior Meijering’s role, who can now focus on developing the Zerocopter platform. Edwin: “There’s still so much to be achieved!”

In 2016 Edwin switched from Yafsec to Insite Security to help build the Zerocopter platform as hacker and advisor. Apart from being a hacker at heart known for his unorthodox views on information security, he’s a very welcome guest speaker who connects hacking to management in a unique fashion.

More and more, Edwin has become the voice of Zerocopter since its inception. He regularly shows up on radio and television. A great example is the Zembla show ‘Hacken voor dummies’, or the EditieNL item about hacking at school. The RTL Live hosts have also been won over by Edwin.

As CEO, Edwin will focus on further (commercial) growth and development of the company, and he will stay active as speaker. “There is much to be done. It remains necessary to make the right translations, and to stay alert for threats in information security, but obviously also to keep focus on opportunities that arise.”

Junior Meijering, founder and former CEO of Zerocopter, is happy to have a new CEO. With security and tech at heart, he found himself too far removed from daily developments in his management role. His vision to build a product organization with the world’s best security platform will profit from his new role as product owner. As founder he will always be closely involved with company developments, and he will keep spreading ‘the word of Zerocopter’. His words about the new CEO: “Edwin is the face of Zerocopter. The past year we’ve already crowned him ‘Our walking WHY’. This new role will enable him to do even more in this regard.”

For more information please reach out to Zerocopter by calling 020-2616743, or by sending an email to info@zerocopter.com.