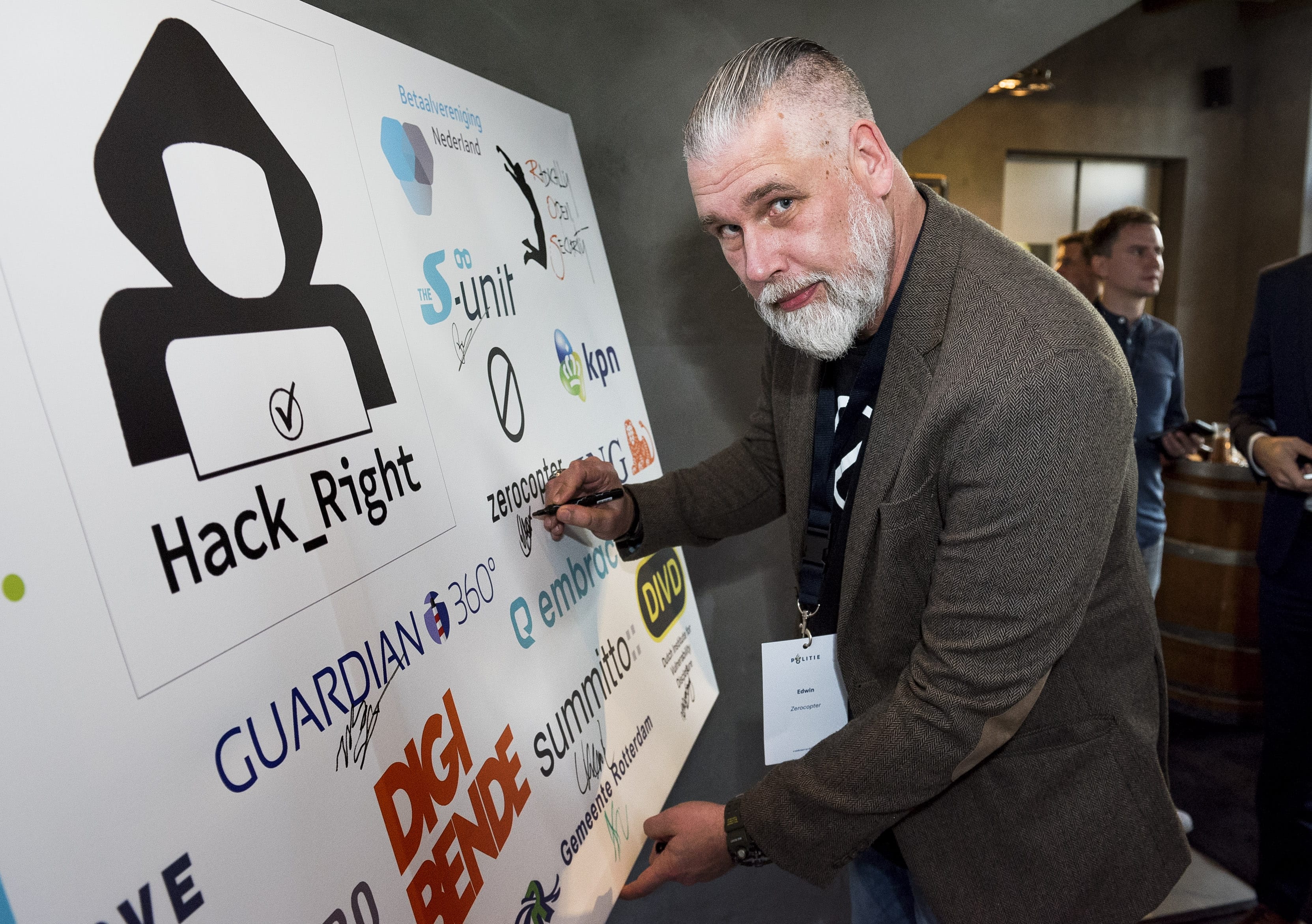 Getting and keeping young hackers (12-23 years old) back on the right track. That is the purpose of Hack_Right, a pilot program of the police and the Public Prosecution Service (OM) in collaboration with the Dutch Probation Service, Halt and the Child Protection Board. At the 'Partners in Crime' meeting in Woerden on Tuesday afternoon, October 29, around 20 companies pledge support. Zerocopter supports this initiative and is happy to help convince young hackers to use their qualities for the greater good.

"We should not wait until young hackers have developed into big criminals", said prosecutor Martijn Egberts Tuesday during the meeting. Egberts, national cyber crime portfolio holder of the Public Prosecution Service: "It is precisely when young people take the first steps on the criminal hacking path that we must find them and get them in the Hack_Right process."

Floor Jansen of the High Tech Crime Team of the National Police Unit underlined that: “At such a moment, behavioral change is the most promising. If they are very deeply involved in crime, it becomes a lot harder. Cyber ​​crime is one of the greatest threats to our society. "

Hack_Right is a pilot project in which the Public Prosecution Service, Police, Netherlands Probation Service, Halt and the Child Protection Board work together to shape a new criminal process for young hackers. Hack_Right gives hackers between 12 and 23 years and first offenders the opportunity to improve their behavior. The youngsters receive an alternative or additional punishment aimed at recovery, training and coaching. The purpose of Hack_Right is to prevent recidivism, and at the same time to allow young people to develop their talent, within the framework of the law.

The cooperation of ethical hackers and companies is also essential. There are now more than twenty companies that are enthusiastic about training and coaching young people. This concerns both large and small companies in the cyber security sector, but also organizations from the banking sector and accountancy.

Every year around 70 young people between the ages of 12 and 23 are arrested for cyber crime. Incidentally, it is known that smaller companies and schools in particular make relatively little declaration. The actual number of young perpetrators of cyber crime is probably many times higher.

By the end of this year the pilot, which was launched a year and a half ago, has around 20 participants. Jansen: "So about ten a year, but there is room within Hack_Right for more young people who have committed a cyber crime for the first time and want to learn from their mistakes."

This press release has been prepared by the Public Prosecution Service (OM). For the original message, go to: https://www.om.nl/@106971/pilot-twintigtal/